Speaking of text editor, I have been using Sublime Text for around 3 years, and I have no issues with it. I tried Atom one or two year ago and I was impressed by its active community (GitHub! I love GitHub). The UI especially intrigued me. The reason I sticked with Sublime Text was performance: Atom was slow, even after when Atom 1.0 was announced.

These days, I Googled “Sublime Text vs Atom 2016”, trying to see if Atom has significant improvement when I found Visual Studio Code. Visual Studio is also built using Web Technology like Atom, but reviewers said it is faster. So I want to do a test and find out their performance difference.

Each editor was launched first with all windows closed afterwards. I would record the time between clicking the “New Window” from the menu in the Dock (or its equivalents) and the moment when first window was full loaded.

Each editor was launched first with a window open. A file was dragged from Finder to its window. I recorded the time between the file being released and the moment when the file was full loaded.

Each editor was launched first with a file loaded. I used Activity Monitor to add up memory used by all its processes. The file used was the 370KB one in “Files Open Time” tests. 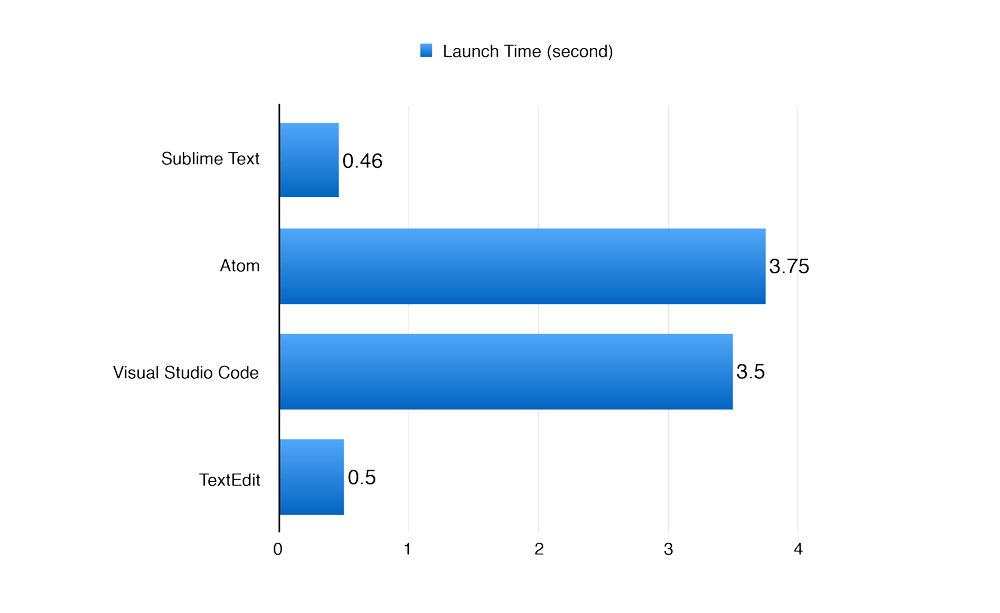 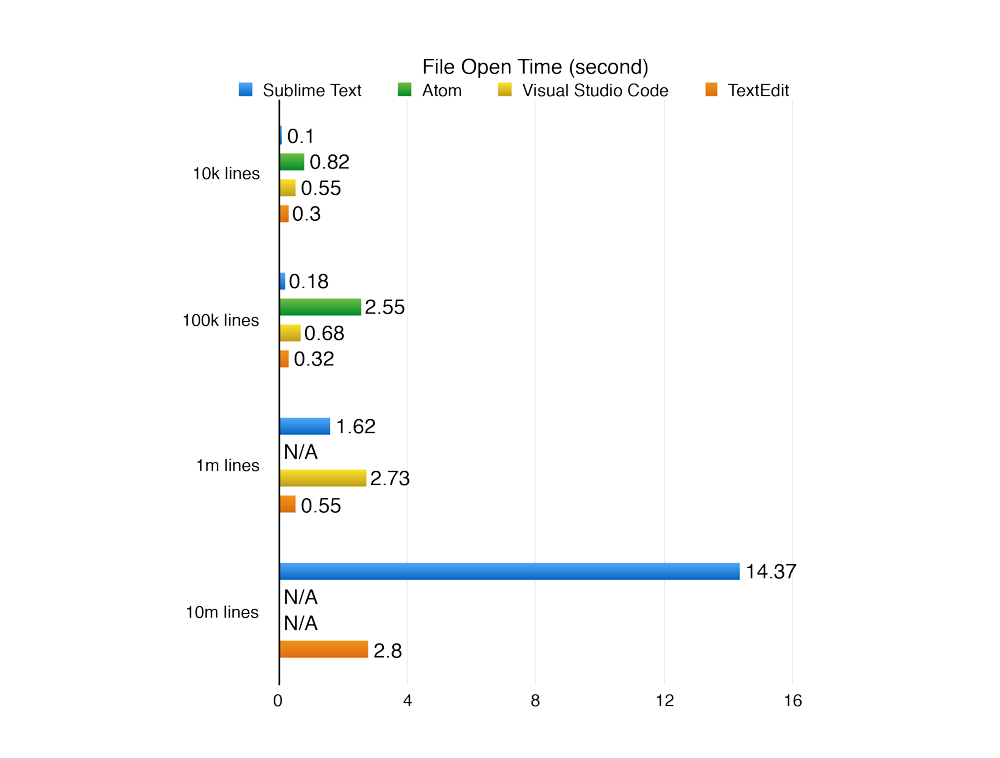 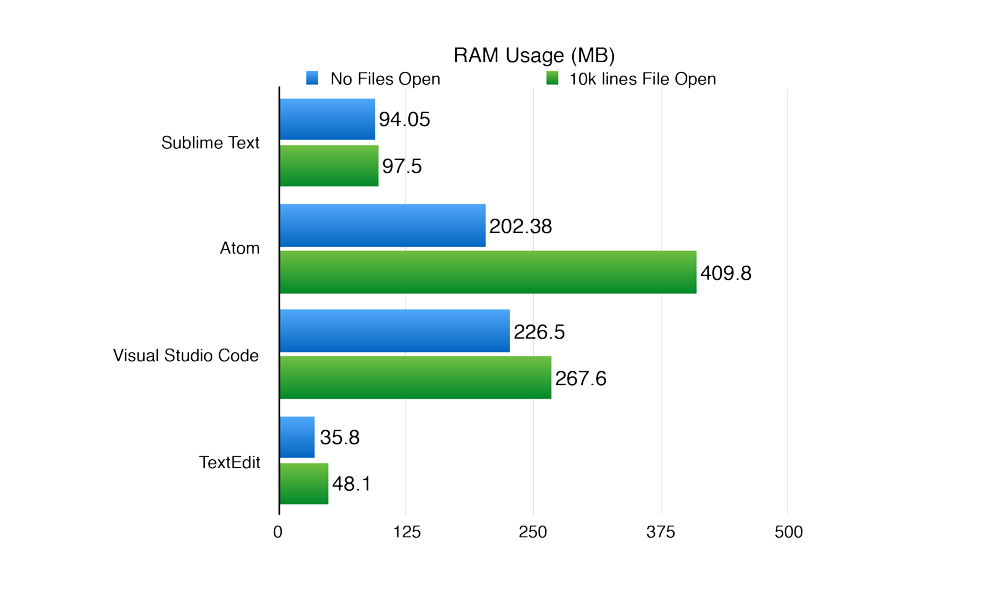 Atom and Visual Studio Code perform significantly worse compared to Sublime Text and TextEdit: launching and Opening windows are seconds slower which it is noticeable and they occupied much more RAM.

Visual Studio Code has advantages over Atom in opening files and RAM usage. It could handle larger files and handle it faster than Atom. When I tested the 3.7MB file, it opened it within 1 second while Atom took more than 2 seconds.

Sublime Text is still the speedy king, Visual Studio Code second and Atom is the last.

Extra words: I start to use Visual Studio Code to replace Sublime Text from this month, it seems more fun.

Extra words (2): I switched back to Sublime Text again after a few weeks: with hundreds of file opening, the speed difference is indeed sensible.